The official website for an LP of Steve Reich's reworked piece "Six Pianos" from 1974, released by FILM Recordings in Berlin. It also includes Terry Reiley's "Keyboard Study #1" which fits in very nicely.

You can listen to the whole LP and even enable or disable certain layers of Six Pianos by clicking on the pianists name or by finding the right "track" in the album cover. It's a playful approach of discovering complexity behind the piece. 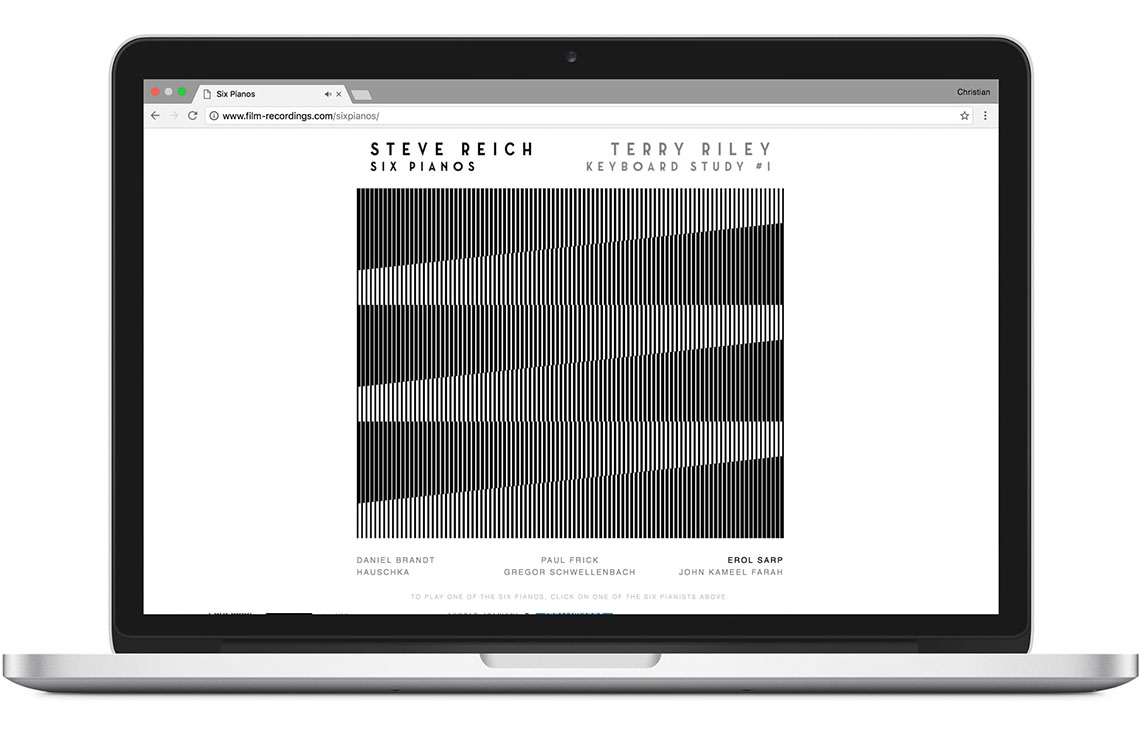 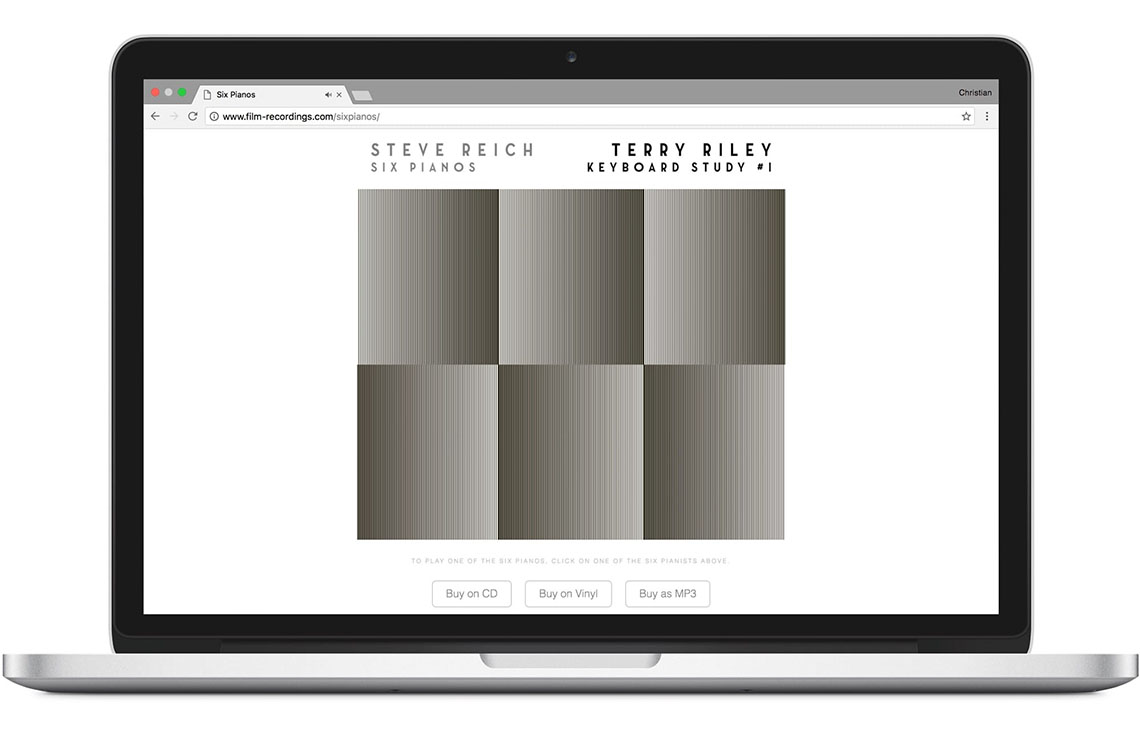 The site is a single page application and was built from scratch in one night without using any framework or CMS. During development I used yeoman.io for scaffolding, precompiling and building the project.